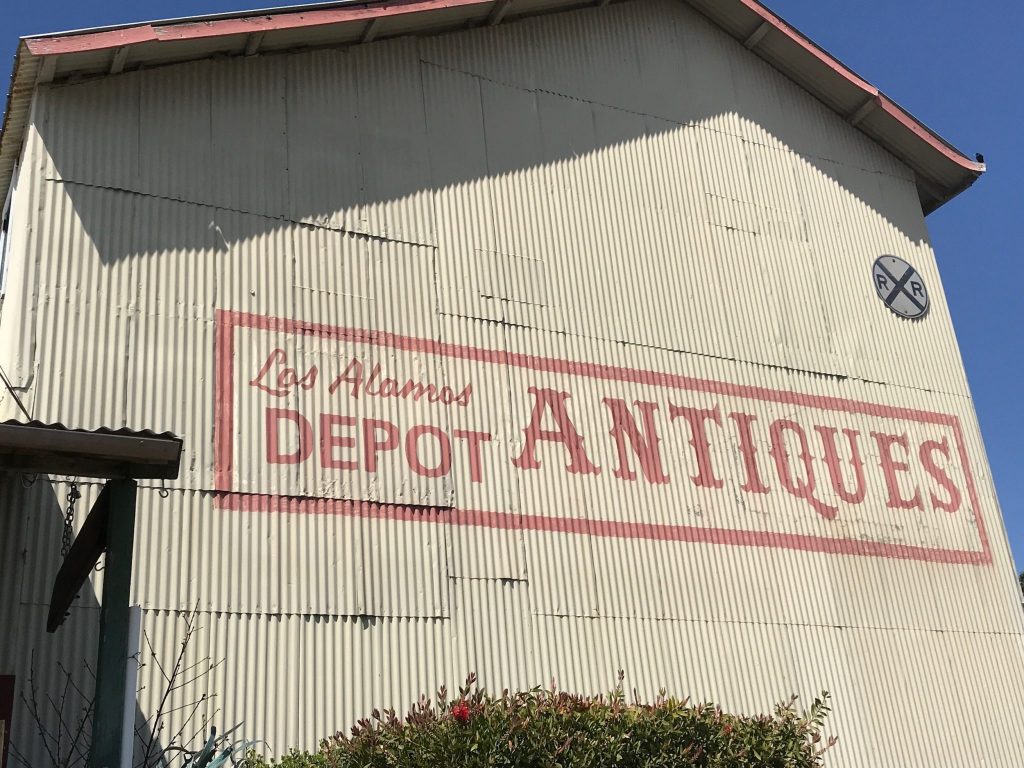 Keys 2 the Coast exists to share reviews on the best places to wine, dine and explore. If you like antiques, the Los Alamos Depot Antique Mall and Wine Pub at 515 Bell St. is stellar.

The Depot Mall was originally a train station back in 1882, on the Central Coast railroad.  In 1930, it became a feed store in the front room. The building, in 1940’s, was abandoned, until the 70’s, when it became an auction furniture warehouse. Over the next decade, it evolved into an antique mall. An awesome one at that. 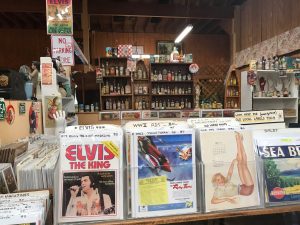 Treasures for every taste and collection can be found between these walls. Collectible action figures, first generation toys, old cookware and pottery and so much more. If you’re looking for old records, dishes or antiques, the choices are immense.

While scoping out the place, we tried the Lu Lo Le Pinot Gris and the Vago Syrah. 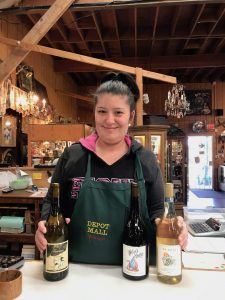 The wines are named after the kids, to commemorate the last harvest of the Thompson Vineyard, while it was still owned by the Thompson family”, says Nicole Galassi, the Assistant Manager.

It is interesting to know, that the famous video for the song “Say, Say, Say”, produced and created by Paul McCartney and Michael Jackson, was filmed in Los Alamos, California.  Galassi also shared, “Visitors and locals love the history of this place. The “Say, Say, Say” video was shot at the Union 1880 Hotel, at Drone Canyon and in the third room here, at our Depot Mall.”   The video came out on October 3, 1983. It was

Michael Jackson’s top preforming single on Billboards ranking, as the legend’s best-charted song. It earned the coveted best preforming Hot 100 Chart Single.  The duet was with performed with Paul McCartney.

Los Alamos is a great place to spend the day looking for treasures or enjoying great restaurants and tasting local wines, all of which can be found on Bell Street.