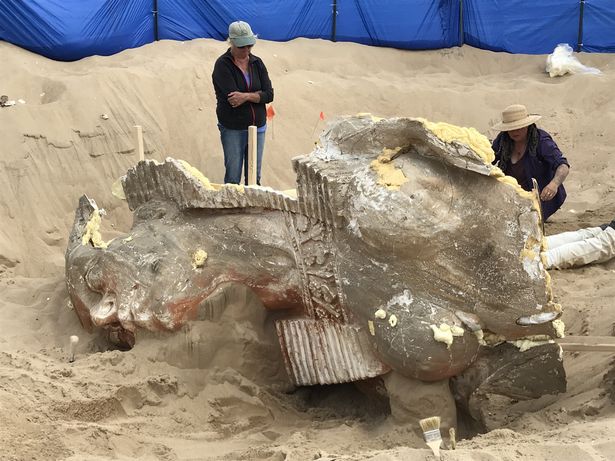 Doug Jenzen, the Executive Director of the Guadalupe-Nipomo Dunes Center, received a call from community leader Susan Righetti, to share her plan to donate the Historic Far Western Tavern building. The building will become the home of the new Dunes Center. This call was the catalyst to rolling out the plans for a flagship museum to be built in the city of Guadalupe.

Righetti and her family decided that this historical building would be of much greater value if it were put in the hands of the community that surrounds it.

The Far Western building, at 899 Guadalupe Street, will undergo retrofit and renovation.   It will become the new and improved Dunes Center natural history museum. It is five times bigger than the current Dunes Center Museum that is just up the street.

The vision of this tiny, grass roots organization moving into an 8,800 square foot building was becoming clear, as members of the community were invited to join a planning workshop. The support to make the workshop possible, came from three different organizations; Edwin and Jeanne Woods Family Foundation, The Fund for Santa Barbara and ERG Resources. 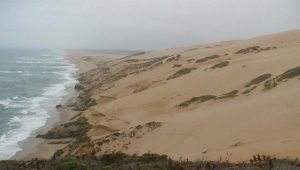 A diverse group in the community came together to show support and offer input. “I couldn't have asked for a better experience, during Saturday's museum planning workshop. It's awesome to know that there's so much support for what we're trying to achieve... more educational accessibility, in an under-served region”, Jenzen said. This workshop was important because so many members of the community still have an emotional attachment to this building. The museum is well respected and beloved. One hundred and eighty volunteers have joined in to support the center.

As of now, the Guadalupe-Nipomo Dunes Center is an organization dedicated to the conservation of the dune ecosystem through education, research, and community stewardship. This will continue to be the root cause of this organization, but it has been decided that it wants to extend its umbrella to focusing on, not only nature, but history and art as well. 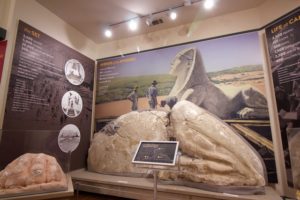 The organization plans on maintaining much of the building’s historical integrity. After the retrofitting has been completed, the new building will be called the Minetti Building.

The museum will have the freedom to showcase an extensive amount of material from Cecil B. DeMille’s “The Ten Commandments” movie set, which was secretly buried in the dunes after shooting the film. The Dunes Center leads the excavations of the movie set and will proudly continue to showcase the exhibit at the new Minetti Building. The Dunes Center will provide even more educational programming to local elementary schools and will leave a legacy of education to protect and preserve our environment.