Pismo Beach Offers a plethora of things to do to satisfy every interest. Perhaps, you might enjoy a stroll on a beautiful white sand beach. Pismo Beach is an ideal place to catch a sunset, or relax at one of the area’s fabulous wineries.

If you want a more active and adventurous visit, Pismo Beach delivers. Tee off at one of the Central Coast’s golf courses, kick up the sand dunes on an ATV, go horseback riding, catch a wave or see what you can reel in at Pismo Beach Pier. Regardless of your interests and preferences, you will find that there are many things to do and experience in Pismo Beach.

Whether you’re a long-time California native or it’s your first time driving on the 101 checking out the Central Coast, an unforgettable time awaits.

Coastal hills open up and give way to glittering, pristine, blue waters and miles of coastline in San Luis Obispo County, with vintage beach towns hugging the coast. Make your way toward the beach through cottage-lined streets, surf shops, and fresh seafood joints. The slow, simple life reigns in Pismo Beach, so slow down, switch off your cell phone, and immerse yourself in all that makes Pismo Beach a must-see stop. 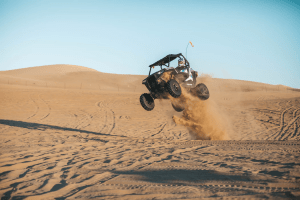 Photo by Roberto Nickson via Unsplash

Check out one of California’s most popular off-roading areas and the only California State Park where vehicles can be driven on the beach. The area consists of 5½ miles of beachfront and sand dunes open for vehicle use. Just be sure to bring a four-wheel drive vehicle, pack enough fresh water and try to time your arrival at low tide.

Unwind with a glass of Chardonnay at Chamisal Vineyards. 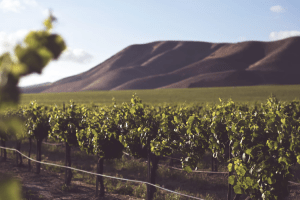 Photo by Tim Mossholder via Unsplash

Whether you’re looking for something relaxing to do in Pismo Beach after a long day of exploring or you’re just seeking a romantic evening with your significant other, come discover Chamisal. Located in the picturesque Edna Valley, the vineyard is in a tranquil setting, mere minutes from downtown San Luis Obispo. Chamisal Vineyards has been handcrafting wines since 1973 and specializes in Pinot Noir and Chardonnay.

See what you uncover at Pismo Beach Pier. 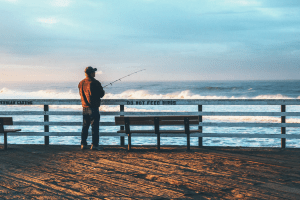 Photo by Austin Neill via Unsplash

The Pismo Beach Pier is the closest thing you’ll get to a town square in this city. Stretching 1,200 feet, the pier was built in 1928. Take a stroll out over the surf and watch as people ride the waves, or try your hand at fishing. Common catches include Ling Cod, Red Snapper, even Thresher Sharks, and a fishing license is not required. 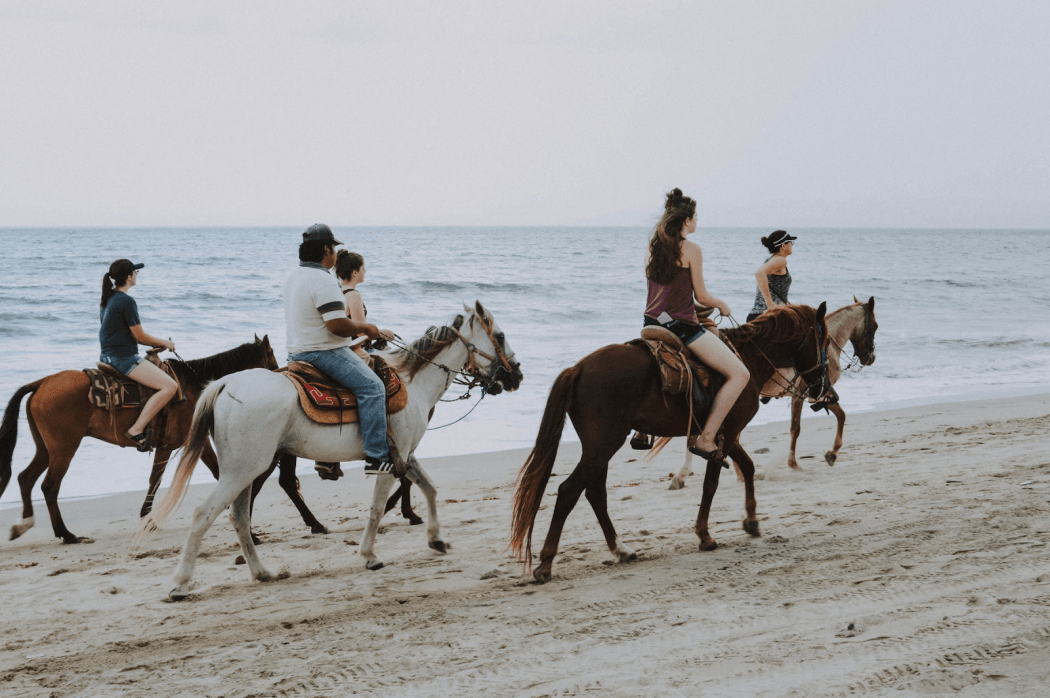 Photo by Bianca via Pexels

If you’ve ever envisioned yourself riding a white stallion as he majestically gallops along the gently breaking waves, this one’s for you. Meander through trees and along trails before the path opens up to reveal the spectacular Dunes of Oceano and the beach. Whether you’re looking for a romantic evening with a special someone or planning an outing for the entire family, horseback riding at Pacific Dunes Ranch Riding Stables is definitely one of the best things to do in Pismo Beach.

Soak in the scenery at Dinosaur Caves Park. 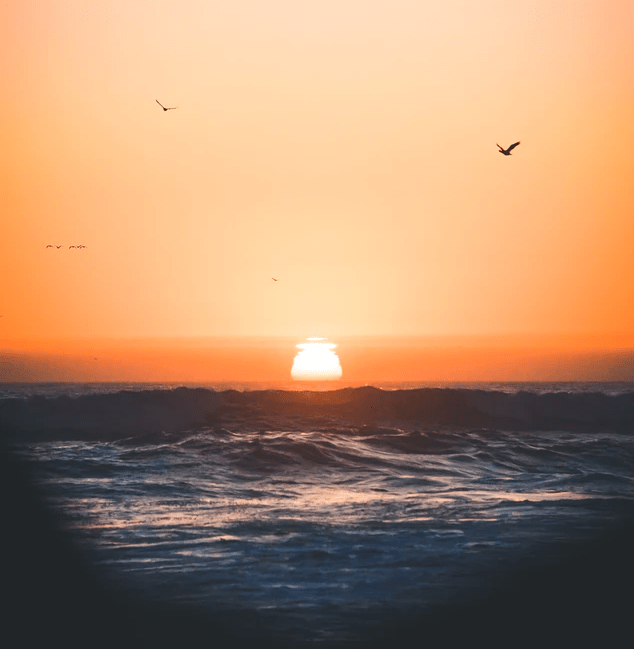 Photo by Eric Ward via Unsplash

So it needs to be clarified that there are neither dinosaurs, nor caves at this park, but there is a kid’s play area with three, unique dinosaur eggs, a gentle dinosaur, two concrete dolphins, three seals, a tire swing and a tot swing. This 11-acre ocean-front, bluff-top park is the ideal place for photographers, walkers, joggers and dog lovers. Whether you’re looking for a place to go for an evening jog, catch a stellar sunset, or even plan a wedding, Dinosaur Caves Park is one of the favorite things to do in Pismo Beach, among visitors and locals.

Marvel at the Monarchs at Monarch Butterfly Grove. 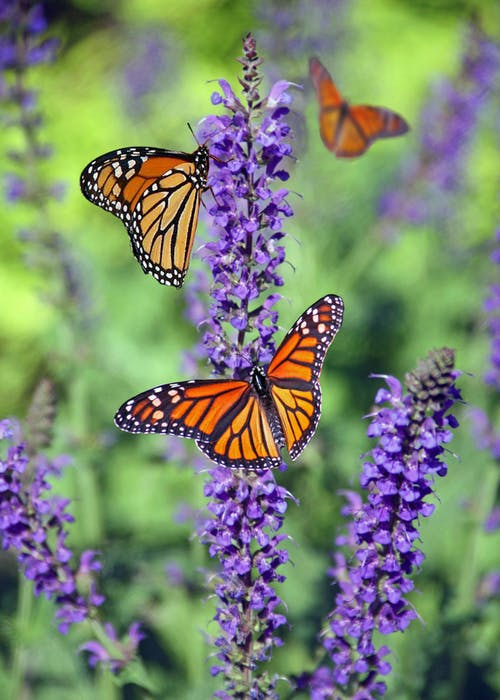 Photo by Cindy Gustafson via Pexels

Monarch Butterflies live all throughout the United States, but during the colder months, these tiny, beautiful insects travel more than 2,500 miles to warmer areas, where they hibernate for the winter. Many fly to Mexico, but some spend their time in Southern California. Marvel as thousands of Monarch Butterflies cover the branches of Eucalyptus Tree groves, from late October through February, in Pismo Beach.

Do some shopping at Pismo Beach Premium Outlets. 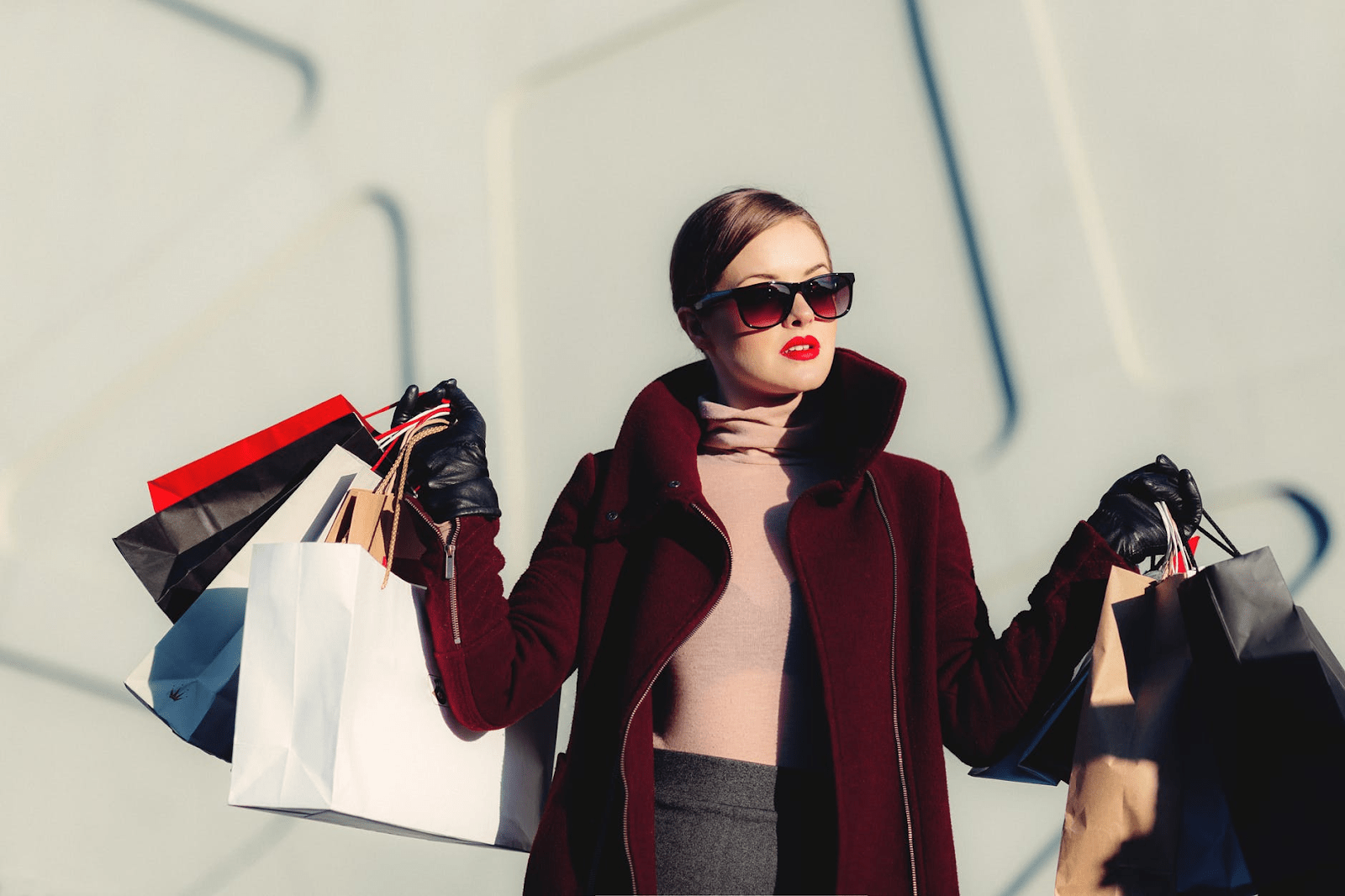 Photo by Free Stocks via Pexels

In the mood for a little shopping? Pismo Beach Premium Outlets certainly won’t disappoint. There are clothing stores like Aeropostale, Carter’s, Calvin Klein, Coach, Guess, and Nike Factory. Looking for some knick knacks you don’t need, but want? Check out Kitchen Collection or As Seen on TV.

Go back in time, at Price Historical Park. 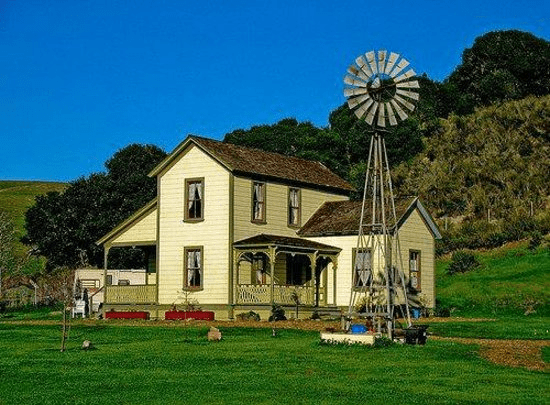 Visit Price Historical Park, the old ranch grounds of vaquero Juan Miguel Prais. The grounds feature the Price Anniversary House, a windmill, an orchard, stones from original stone corrals and other things which will give visitors a look at what Pismo Beach was like, before California even became a state. 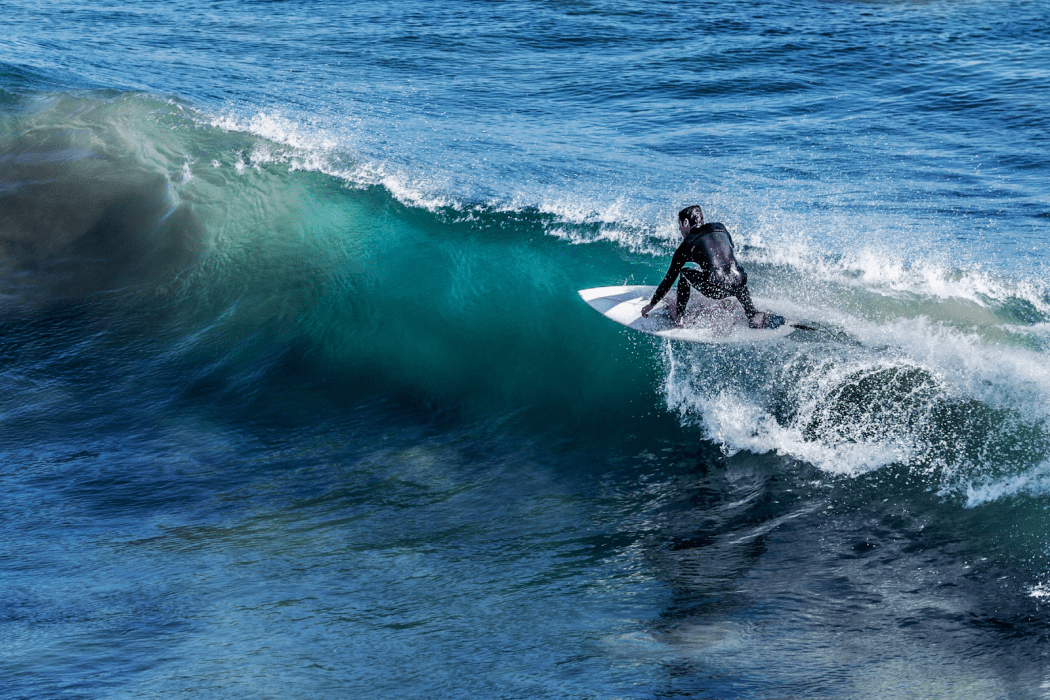 Photo by Vladimir Kudinov via Pexels

Suit up, and hit the surf. Hang close to the pier or paddle out on either side, to catch a wave with less competition. But be sure to bring a wet suit, because water temperatures only reach an average of 66 degrees Fahrenheit. If you don’t own any surf gear, hit up Pismo Beach Surf Shop, the Central Coast’s oldest shop. 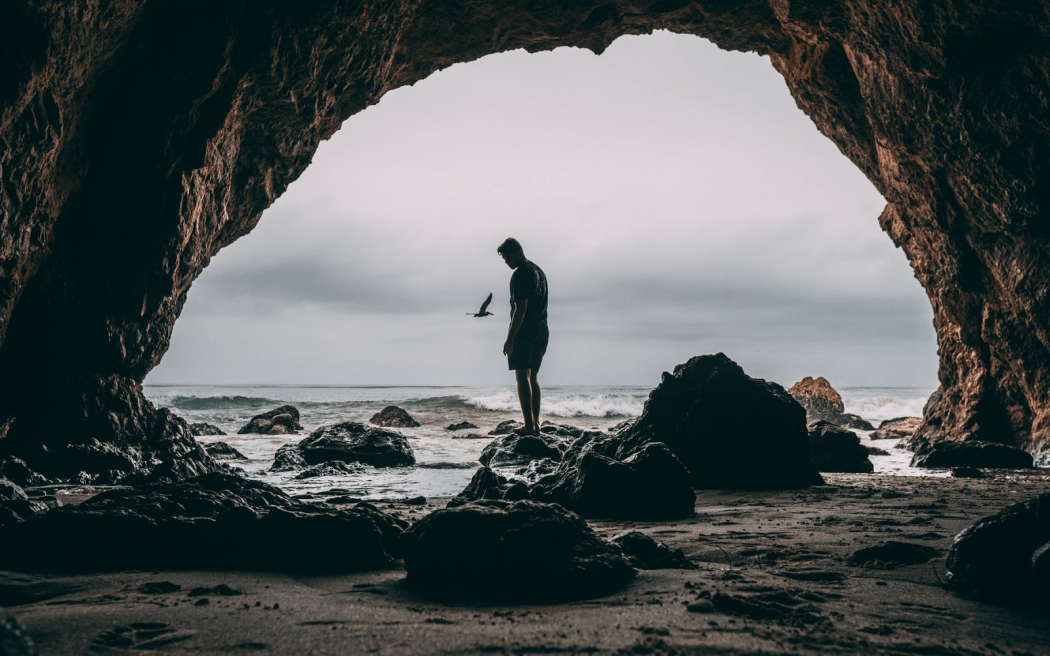 Photo by Jacub Gomez via Pexels

Pismo Beach has complex sea caves, which have been carved into the bluffs by the tides. These caves create arches and secluded mini-beaches along the shore. While some can be accessed via land, the best way to explore them is in a kayak. Even if you’re an avid kayaker, go with a tour guide. Guides, like those from Central Coast Kayaks, are experts on the area, the local wildlife, and will tow you in, should your arms get tired of rowing while out at sea. 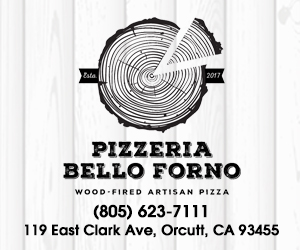 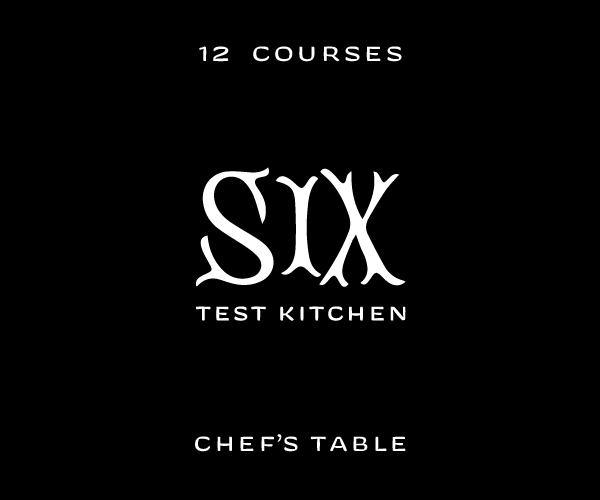