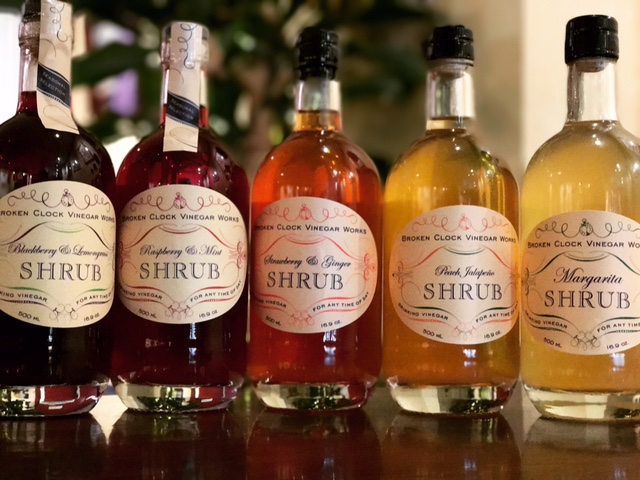 It’s not what you’re thinking. The Wandering Dog Wine Bar opened its doors in 2007 and at the time was one of the only places open past 5 pm in Solvang. This was especially true on the west-side of town. The proprietors, Jody and Charles Williams, both worked on the winery side before opening Wandering Dog and had talked about having a wine bar for years where they would carry varietals and wines from all over the world along with amazing boutique local wines. 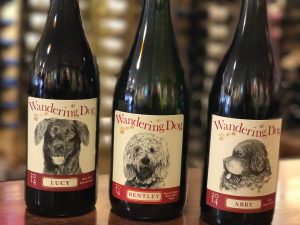 In 2007 there were so many wineries that didn’t have tasting rooms, Jody and Charles thought it would be great to offer tourists a spot where they could come and visit and experience an amazing selection of great wines. They decided to name the business after their family dogs that were always getting out and wandering the neighborhood in search of anything and anyone to socialize with.

And that, according to Jody and Charles the wine is like a social activity meant to be explored and experienced. Over the years they’ve slowly changed their business model as more and more boutique vintners have started up and have moved into the area to open up their own tasting rooms. That’s where and how the Wandering Dog label developed. It was a great way for the Williams’ to continue working with the winemakers they had formed friendships with and had such tremendous respect for. Yet they also wanted to produce a varietal of wine with their friends that were unique to them but was also something their customers couldn’t purchase from anyone else.

Their high-end assortment of wines (their Signature Series) are all named after family dogs starting with Charles’ childhood Newfoundland Leila. And all are carefully crafted and produced by Jody and Charles while working closely with other winemakers. They’ll spend a few hours tasting through different barrels, clones, vineyard sources, varietals to achieve the perfect wine that epitomizes their palates and of course the dog each wine is named after.

For example, their Paige Super Tuscan is a blend of three non-traditional varietals (Sangiovese, Cabernet Sauvignon and Merlot) which represents Paige being a non-traditional “blend” of breeds, a.k.a. a mutt. You get the idea. So, to put a bow on all of this, along with their Wandering Dog wines, the Williams’s still carry a good selection of global wines on the higher-end side. Everything is palate-picked by Jody and Charles and they love drinking at home. They’ve had to scale back some of their selections due to being in wine country and the majority of their visitors wanting local wines. However, they are committed to never giving up their global selection…it’s what keeps it interesting.

The Williams’ have more than just a love of wine, however, they have a competing passion for their home fruit and vegetable garden, which led them to the discovery of shrubs a few years ago. What started out as a whim ended up turning their kitchen into a mad-scientist style lab with jars of various combinations of fruits, vinegar and sugars taking up most of the counter space.

While taste testing the elixirs, they came to the conclusion that shrubs are perfect at any time of day, and Broken Clock Vinegar 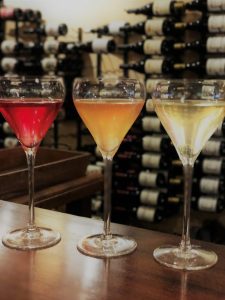 Works was born. From the first release in March 2016, the response has been overwhelmingly positive. Talk about an enterprising couple.

Taking full advantage of having their own wine bar to function as a virtual taste testing center, allowing them to refine their process with direct consumer feedback. In late 2017 Broken Clock moved to a dedicated commercial space where the shrub production could expand to meet the rising demand for unique, healthy and tasty cocktails. While not the first shrub company, they have set themselves apart by being the only one that produces their own vinegar on site, starting with the fruits used in the shrubs. Additionally, by producing their products under a winery liquor license, the opportunity to expand their product line beyond the shrubs and into ready-to-drink “Shrub Coolers” and “Shrubaritas” is unparalleled in the industry.

So, make sure the next time you are in Solvang, you take the time to visit the Jody and Charles Williams, the Central Coast’s most enterprising husband and wife wine and vinegar making team, and be sure to partake of their fabulous assortments of unique wines and several flavors of vinegar.